Who Is Regina Daniels Father?Meet Jude Ojeogwu, Who Claims To Be Her Dad .

Are you one of the too many people asking; “Who is Regina Daniels Father?” ever since one Barrister Jude Ojeogwu surfaced earlier today, claiming to be the Actress dad.

The man also strongly says that he is not in support of his daughter’s wedding to Billionaire Business Man, Ned Nwoko.

Although the relationship between the man and the actress has not been confirmed, According to a post published on his Facebook page where he was seen posing in an old photo with the actress, the man claimed to be her father.

It is quite funny for someone to ruffle out of the blue and answer our questions; “Who is Regina Daniels Father”, it means anybody including myself can claim to be Regina Daniels Dad.

Who is Regina Daniels father?

Mr Jude Ojeogwu wants the Media to believe he is Regina Daniels Father and has for some private reasons choose to maintain a low profile all this while.

Jude Ojeogwu who is claiming to be the actress father is reported to be a barrister and studied at the University of Calabar.

A subtle look into his profile on the popular social media platform indicates that he currently resides in Lagos and he earlier today made known his disinterest in the wedding of the actress to the Delta Billionaire, Ned Nwoko.

Regina Daniels Ojeogwu is my biological daughter. Whatever is ongoing is not to my knowledge and without my consent.

The fact speaks for itself looking at the picture. Her mother Rita daniel is threading on a dangerous path and I hope she will retrace her steps.

Ojeogwu also said in the post that he has apparently thrust attempts to reach out to Ned Nwoko, but his moves were blocked by some people who never wanted him in the scene.

“Regina is from ogwashi uku and not from olor as being rumoured. All the opportunities for Mr Ned nwoko to discuss with me proved abortive not realising that we once lived in the same house in awoyokun street, onikpan, Lagos”

“The implication of all this is that she impregnated herself. The name Regina was my late mother’s name. I have tried to exercise restraint but Regina mother kept pushing me to wall”

“Am alive and not dead. If in doubt of this post call Barrister Jude Ojeogwu on …..”

A check on his profile also indicates that he has very old photos he took with Regina Daniels, some photos dating back into 2012.

The actress and her mother Rita Daniels have not responded to this allegation by Jude Ojeogwu. We will surely update you when we get updates on the story. 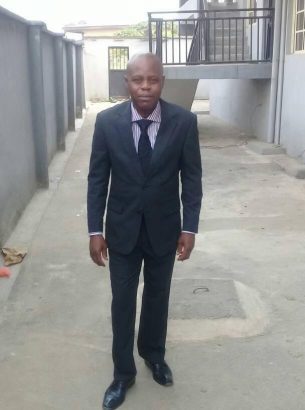 Tacha has bagged another endorsement deal and the reigning Queen from BBNaija Pepperdem season took to her Instagram page this...

Nigerian writer, Reality Joel is set to launch his debut novel, "THE CELEBRITY" on his birthday, the 4th Of November,...

Black Panther Hero; Chadwick Boseman is dead and has reportedly died after a four years battle with colon cancer. Chadwick...