See Beautiful New Photos Of Tacha And The Reactions Of Her Titans.

Chadwick Boseman And Others Emerge Winners At The #GoldenGlobes See Full List Of Winners.

ADVERTISEMENT
Eniola Adenuga, the son of a Nigerian business magnate, Michael Adenuga, has been taking strides after his father’s entrepreneurial achievements. 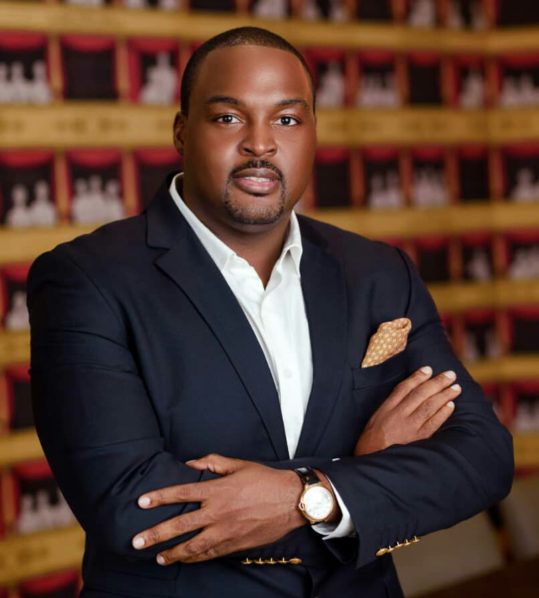 [ads-post]
Mike Adenuga is the chairman of Nigerian telecoms giant Globacom. He also owns stakes in the Sterling Bank and the oil exploration firm, Conoil Producing Limited and Julius Berger.
His son, Eniola, has since begun to serve in different capacities with successes.
Here are five things you do not know about Eniola Adenuga.
Despite being born in the United Kingdom, the billionaire son had his secondary school in Lagos, Nigeria. Eniola had his secondary school education at Dowen College in Lagos but got his graduate degree at North Eastern University, Boston, Massachusetts in Business Management.
At 21 years old, Eniola was already an Executive Director of Conoil Producing Limited, an Upstream Exploration & Production Company.
In 2019, he led a breakthrough for Globacom by working on a Green Initiative to reduce carbon monoxide emission from its cell site by connecting the cell sites to stable Grid power with a backup battery solution.
Eniola is one of the key people that work on Globacom’s negotiations and transactions with key network equipment providers such as Huawei, Nokia and ZTE.
For ConOil Producing Limited, Eniola has successfully negotiated Rigs and other drilling services with various local and international contractors for various oil blocks.
Source: Guardian Nigeria
0 0 vote
Article Rating
Tags: Celebrity ProfilesEniola Adenuga

See Beautiful New Photos Of Tacha And The Reactions Of Her Titans.

Chadwick Boseman And Others Emerge Winners At The #GoldenGlobes See Full List Of Winners.

The 78th golden globes awards which was held at two locations by Tina fey (from the rainbow room in rockafella...

Popular media sensation, bobrisky has given nkechi blessing another punch and this time, she is making major reveals about nkechi's...