Must Read!! How Mehek Will Regain Her Memory.

Mehek August 2019 Teasers/Updates – YOU MUST READ!!

Are you looking out for Mehek September Teasers 2019? Read All that is to come on Mehek for the Month of September 2019. 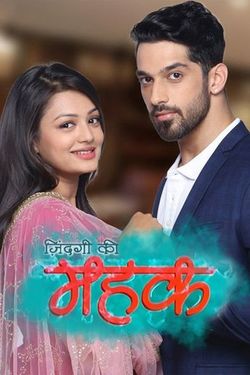 Dennis struggles to express his feelings to Priya, and Norah has some ideas for him. Shaurya uses another tactic to get Mehek to regain her memory. Will it work this time around?

Sanjana’s work of manipulation gets in between Norah and Karan’s relationship. Mehek’s life is in danger as Archie stops at nothing to end it. Mandhar is released from jail.

Dennis has a heartfelt conversation with Priya to save their relationship. Archie and Mandhar plot to get Mehek out of Shaurya’s life for good. Mehek battles with her memory loss… will she ever regain it?

It’s Dennis’s turn to advise Norah about the matters of the heart. Shaurya attempts once again to remind Mehek who she really is.

Eddie is back in India and has devastating news for his children. Mandhar’s impulsive anger takes him down another terrible path. Will Shaurya and Mehek ever reunite?

Dennis is distraught after learning of what happened with his mother back in Africa. A loss of another life from Mandhar’s hands… even his own mother has turned against him.

Dennis is angry with Eddie for not informing him about Leleti’s death. Mehek’s realisation of her true identity plays a catalyst to a turn of events.

Dennis blames Eddie for Leleti’s death. Archie is being haunted by her past indiscretions. Will they succeed in getting the truth out of her?

Priya tries to comfort Dennis in his time of sorrow. Meanwhile, Karan pursues his investigation into Leleti’s death. Shaurya saves Mehek’s life. Nehal’s secret is revealed and the Sharma’s are disappointed.

Priya goes out of her way to cheer up Dennis after Leleti’s death. Shaurya expresses his true feelings about Vicky and Nehal’s relationship.

Amit starts to see Sanjana’s true colours after a meeting with Norah. The Khanna’s lives are in grave danger – will Shaurya be able to save his family in time?

Karan is confident he will be able to prove that Sanjana is guilty of murdering Leleti. Shaurya’s behaviour is beginning to worry Mehek. The neighbours are prying about whether Nehal is pregnant or not.

Karan meets with the Doctor to collect evidence against Sanjana. Nehal doesn’t appreciate the way that Shaurya treats Vicky. Shaurya’s life is at stake and no one is the wiser.

Karan and Norah’s relationship sufferers at the hands of Sanjana. Shaurya apologises to Dennis for having mistreated Priya. Aunt Dolly thinks Nehal is not worthy to join the Khanna family. Nehal feels like Mehek is treated better than she is.

Eddie’s grief finally catches up with him following Leleti’s death. It’s Nehal and Vicky’s wedding day. Armaan is adamant in his mission.

Dennis and Eddie’s relationship gets better after Eddie’s health scare. Neeve’s life is in grave danger. Vicky and Nehal can see that something is off with Naleeni – will they be able to find out the truth?

The Gabelas are happy at the news of Eddie’s discharge from hospital. Disaster will strike soon at White Chillies. Mehek is confused about Shaurya’s behaviour.
Wednesday 18 September 2019
Episode 36 [Mehek September 2019 Teasers]
Karan and Norah join forces to try to prove Sanjana’s guilt. It’s a matter of life and death as Shaurya’s attempt to stop Armaan in his ways looks impossible.

Khanna helps Eddie secure funding for his online business. Shaurya manages to escape but will he get there in time to save everyone from the terrorist attack?

Sanjana is surprised and confused that Norah might be falling for someone else. Mehek and Nehal keep an eye on Naleeni as her recent activities are quite suspicious.

Karan tries his best to get Sanjana’s confession. Mehek confronts Naleeni about her participation in Armaan’s plans. PD is shaken by what she has just witnessed.

The Gabela online business is in trouble and needs a miracle to fix. The hearts of the Sharma family have been broken as they lose a loved one. Naleeni’s only hope is to ask Mehek for help.

Khanna meets with Eddie to bring him a bit of good news for his online business. Mehek is aware that Shaurya is lying to her. Will she realise that she is living with an imposter?

Karan and Norah carry on with their game of trying to fool Sanjana in their attempts to get a confession from her. Kanta and Nehal help Mehek in her quest as she searches for the truth about Shaurya.

Dennis tells Priya that he doesn’t want to know about her past relationships and Priya abides. Mehek makes her move to save Shaurya from captivity. Abbajaan and Armaan are not seeing eye-to-eye.

It’s a big night for Priya and Dennis. Dennis has a special surprise for them for the night. Abbajaan has his suspicions about Nahida. Shaurya and Mehek make a plan to save Neeve.

Priya is ecstatic about the engagement but there is a secret that she needs to share with Dennis. Armaan has put all his trust in Nahida. Shaurya has a great idea to save everyone from the terrorists.

The Gabela online business deals with yet another blow when a devastating fire destroys all their material. It’s a fight to the death as Mehek and Shaurya execute their escape plan. Will they get away unharmed?

Could Amit be falling for Norah for real now? Aunt Dolly is suspicious about Mehek and Shaurya’s guests. Abbajaan and Armaan are determined to make their plan a success.

Karan is working on getting Sanjana to confirm she had a hand in the factory burning down. Shaurya and Mehek set out to free everyone from Abbajaan and Armaan’s terrorist attack. Will they be successful?

Premiere episodes of Mehek air on Zee World from Mondays to Sundays at 21h00.

Must Read!! How Mehek Will Regain Her Memory.

Are you still in awe and in the dark of How Mehek will regain her memory? If YES you can...

Mehek August 2019 Teasers/Updates – YOU MUST READ!!

Mehek August 2019 Teasers/Updates: We are almost half way into August, sorry for the late updates, If you are looking...