Budding Actress, Lala Akindoju has become a sensation in the Nigerian Cyber space ever since she dragged them for celebrating fidelity to his wife in the BBNaija house. 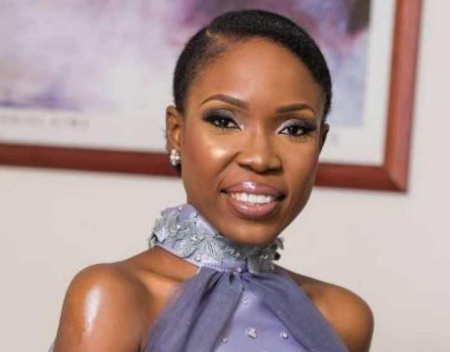 The Nollywood Actress see’s the act expressed by Nigerians as delusional.
Kemi Lala Akindoju expressed shock at Nigerians over the celebration of BBNaija’s first runner up, Mike, for staying faithful to his wife and not getting entangled sexually with any female housemate.
According to her, Mike did not do anything special by being faithful because that is the right thing for him to have done.
She added that the celebration of Mike’s faithfulness to his wife shows how Nigerians are damaged.
On her Twitter page, the 32-year-old actress wrote: “The way Mike is being hyped for how he carried himself in the house shows how damaged we are.
“When a man is in a committed relationship, especially marriage, he should respect his vows and his wife. We shouldn’t celebrate people for behaving normally. We are used to bad behavior.
“I love Mike o, he is a favourite of mine. But he himself wonders why everyone thinks he did something special. He said it himself- it was easy because he won’t trade his queen for anything.
“The upside way we operate in this country has really done a lot of damage to us. Sigh.”
0 0 votes
Article Rating
Tags: Kemi Lala Akindoju

The Police in Kwara have arrested a 24-year-old man, Kehinde John Moses, with a bag containing a freshly severed human...

You must have heard about quiet people being overtly possesive of most things and being too close minded and not...

Franklin De Frank (Here Is What You Should Know About Port Harcourt’s Popular Event Planner).

SHOCKING: Bill Gates And Melinda Gates Call It Quits After 27years Of Marriage.

Bill gates and his Wife, melinda gates have announced their divorce. Bill gates who is a self made billionaire made...