Nigerian Comedian, Josh2Funny Gets Engaged Shortly After Proposing To His Girlfriend (Photos).

Popular Nigerian Comedia, Josh Alfred popularly known as Josh2Funny is finally taken and is on his way out of bachelor hood in style… 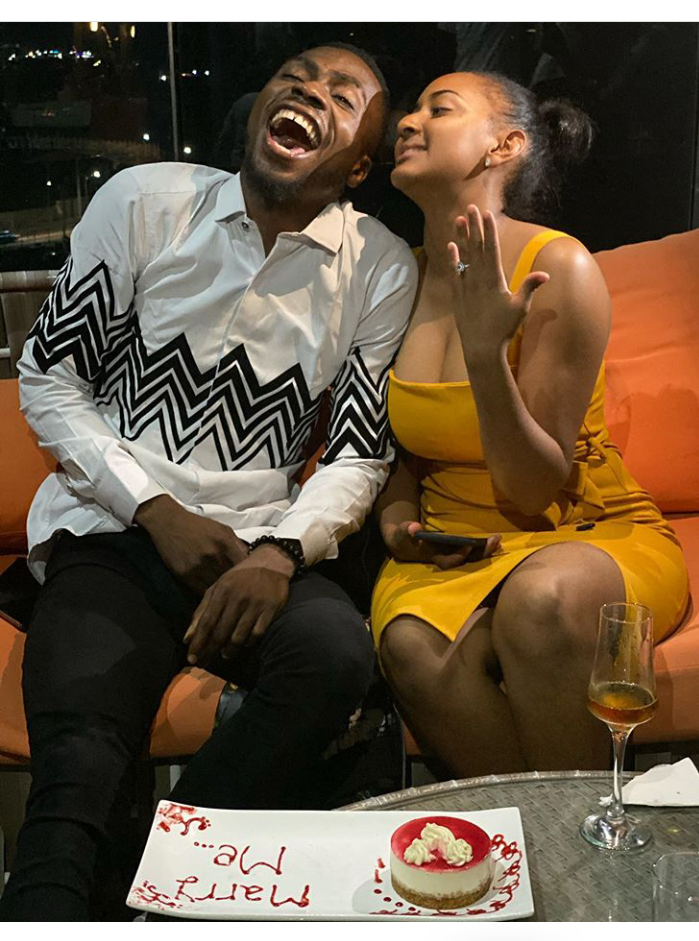 The comedian who just engaged his girlfriend whose relationship with him is as old as his career as a Comedian, shortly after proposing to her in a small get together, took to his Instagram page to share his delight.
[ads-post]
He basically reminded heart broken female fans, that he has been taking off the market, urging them to stay glued as love is lurking around at a corner and will find them soon.

If you are a ardent viewer of comedy, Josh2Funny is someone you must surely know most especially for his hilarious character, he is known for his interesting comedy skits, remarkable role in movies, acting alongside stars like bobrisky, toyin Abraham and Co.

Josh2funny’s engagement came off as a shock and his fans, female fans are yet to recover from the Budweiser that has just struck their hearts.

Congratulations to him and his wife to be.

#TachaIs: Tacha Showers Love On Her Baby Kimberly On Her Birthday.

Media personality, Natacha akide showered loads of love on her baby girl, Kimberly who turned three on the 14th of...

Paystack Co-founder, Ezra Reveals How He dressed To A Friend’s Wedding (Photos).

The reactions which have trailed the co-founder of paystack whose name is Ezra olubi has enraged the lgbt folks standing...